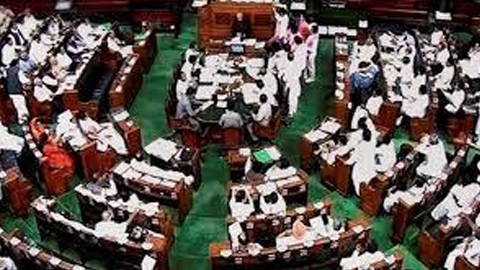 Chennai, December 29, 2017: Our Parliament was designed to promote discussion and decision on areas of national importance.  As repeatedly pointed out by our Former President Shri  Pranab Mukherjee, the Parliament is now often prone to disruption due to differences of opinion among major parties.  In this connection, I wish to quote a few sentences from my farewell address to Rajya Sabha on 22nd March 2013.

“Among the highlights of my tenure in this House, I consider the opportunity to vote in favour of the Bill to reserve 1/3 of the seats in Parliament for women (Constitution (Ninety Sixth Amendment) Act 2010) as the most important one. I do hope that the Lok Sabha will also pass this Bill soon, so that the socio-political empowerment of women, which started at the Local Body level, can extend to the highest decision-making bodies of our democracy. The current mood in the country favours the speedy end of all forms of gender inequality and injustice.

All are aware of the path-breaking work of Charles Darwin in elucidating the origin of species, including ourselves, through evolution. Darwin’s wife, Emma, was a staunch catholic and the theory of evolution was considered blasphemy both to Catholics and several other religious groups at that time. She was once asked how she managed to live peacefully with Charles considering that his theory of evolution was unacceptable to her. She replied, “Charles lives by reason and I live by faith; We agree to disagree and live happily together”.

“Agreeing to disagree and living happily together” is the very essence of democracy.  I am confident that this House will always uphold this principle and thereby remain the flagship of our secular democratic republic.”

I am glad that the two major parties have come to a conclusion that Parliament work should proceed without disruption.  I hope this kind of understanding among political parties will become a permanent feature of our secular democratic framework.