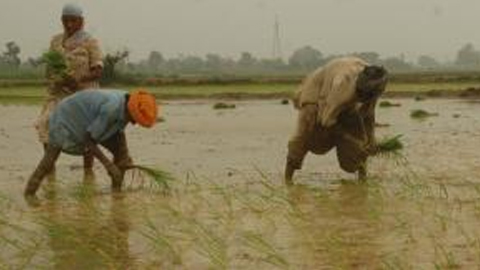 Increased investment in agriculture research an absolute need of the hour

China and South Korea top the list of countries that have performed exceptionally to bring in economic transformation in the last 30-40 years.

South Korea, an agriculture-based economy in the 1960s, became the world’s eleventh-largest economy in terms of gross domestic product (GDP) in 2016. Policy support for exports, incentivising investments in innovation, attention to develop technology and innovation to promote growth made its exports competitive and advanced the country’s significant economic rise.

India needs to learn from South Korea: It is important to invest a significant part of the GDP in R&D to escape being trapped in a vicious cycle and occupying the lowest value-added parts of global value chains.

“R&D is an integral driver for economic growth and industrial development in both developed and developing countries,” says Heui Jae Pahk, president of the Office of Strategic R&D Planning in South Korea’s Ministry of Trade, Industry and Energy.

China leads in growing demand for intellectual property (IP) rights, including patents and trademarks. Its IP office received the highest number of patent applications in 2018: A record 1.54 million applications — 46.4 per cent of the global total. The Republic of Korea (209,992) placed fourth after the United States and Japan. Patent applications in India were a mere 50,055.

India’s science and technology advancements are mainly limited to space research — appreciated globally — not so much in agricultural sciences and other fields.

As a result of the Green revolution, the production of wheat increased to 55 million tonnes (mt) in 1990 from just 11 mt in 1960. Now India produces about 100 mt and is self-sufficient.

This has been possible only by adopting advanced agricultural science technologies and practice, powered by policy push.

The United Nations estimates India’s population (1.39 billion now) to overtake China’s by 2027. This will pressure the country’s economy, R&D and agriculture. Such challenges need to be addressed to be a leader in economic transformation and innovation as well as to feed the largest population in the world.

The Union government’s goal to make India a $5 trillion economy seems distant but possible, provided we follow countries like South Korea and China and increase investment in science and technology, innovations, R&D and in agriculture.

In India’s Union Budget 2020-21, the new thrust on quantum technologies and applications and the mapping of the country’s DNA landscape were possibly the highlights of India’s science budget.

Soon after the announcement, this was welcomed by members of the scientific community. The increases in biotech research, industrial research, allocations to CSIR and science and technology capacity building indicated a positive momentum.

Increase in allocations has a positive effect on the attitude and approach to research and science. Indeed, studies find that when there is budget uncertainty it is disruptive to research.

When a project budget is winding down, Principal Investigators spend less because they try to stretch budgets, or because they are not able to draw on funds from the next budget.  However, with a promise of increased funding, scientists can plan their work and think with greater freedom — crucial to a scientific temperament.

The budget’s 16-point agricultural agenda was also welcome. However, agriculture research is crucial to improve agriculture, the occupation of a majority in this country.

Amid this scenario, a closer look at agri-research allocation disappoints. Both for agricultural universities as well as for Indian Council of Agricultural Research (ICAR), the increase in allocation from the previous budget’s revised estimates are marginal — between 5 and 8 per cent.

For agricultural universities, the allocation is lower than previous year’s budgets. A huge agriculture agenda needs to be backed with greater thrust on research and science to boost farm incomes. Evidence-based technologies are the need of the hour to shift from farming as usual with innovative science and technology.

For the Department of Biotechnology, there is a welcome increased allocation both for BIRAC as well as for other scientific research. However, to benefit agriculture, without a robust and open policy on biotechnology applications in farming, India is likely to get left behind.

And there are good examples of why this is needed: The export of Pusa Basmati 1121 — a rice variety whose kernel elongates and volume expands exceptionally after cooking —brought in cumulative foreign exchange of $20.8 billion since 2008.  It brought prosperity to farmers: Those cultivating PB 1121 earned an average $ 1,400 per hectae in 2017, compared with $ 650 / ha from traditional Basmati.

Now molecular breeding is improving disease resistance and other traits in these varieties to help further generation of revenues. All this was possible due to emphasis on both science and policy.

Finally, while greater emphasis on science and technology is a good approach overall, agriculture research must not be forgotten. We need to open up our horizons to the possibilities of making agriculture, smarter, efficient, more scientific and, finally, benefiting millions of smallholder farmers across the country.

For this, increased investment in agriculture research is an absolute need of the hour.