Urban transport is about people, not cars 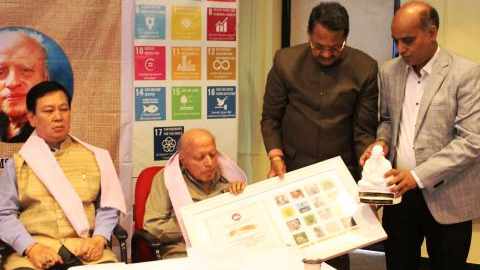 India has the highest number of traffic fatalities in the world; need policy push to change this: global expert

Chennai Dec 20, 2019: A majority of the population in the urban cities of India are pedestrians and those who rely on public transport. The question arises, however, whether proper infrastructure is provided for them. At a seminar at the M S Swaminathan Research Foundation (MSSRF) here today, Dr Madhav G Badami, McGill University focused on the need to re-evaluate urban planning in India.

India has the highest number of traffic fatalities in the world, said Dr Badami, sharing data on national and global vehicle growth and accidents.  If this trend continues, traffic accidents can become the fifth major reason for all deaths, globally by 2030 if not addressed by policies he said. Rapid motor vehicle growth in India has led to increased focus on infrastructure to accommodate more vehicles, such as larger roads, more bridges. However, public transport needs to be the focus, to motivate urban citizens to use them and which is the actual need of the economically weaker groups. A majority of transport in cities is on foot and this is not supported with proper or any infrastructure, he lamented. In fact, in the city, for upto 4 kilometre distance, studies have proven that cycling is the fastest mode of transport, he said.

However, due to lack of infrastructure, over 60 per cent of those most affected by accidents according to Delhi traffic police reports, are pedestrians and cyclists.

Global motor vehicle growth is rapidly increasing in Asia and in low-income countries, although the number of motor vehicles is high in western countries, the growth has slowed down there.

The unsustainable growth of motor vehicles also leads to more pollution. A World Bank report for ‘Urban Air Quality in India’ shows that Indian cities fare very poorly and 18 of the top 40 most polluted cities in terms of poor air quality are Indian.

Few suggestions on urban transport policies made by Dr Badami included: minimizing need for travel by motor vehicles and improving pedestrian infrastructure by restoring accessibility; to restrict personal motor vehicles to their most important uses by providing a wide range of choices for public transport; prioritize the most vulnerable and the public transport users, pedestrians and cyclists for policies on transport, not the vehicle owners. The event was attended by development workers, scientists, scholars and researchers from across the city.