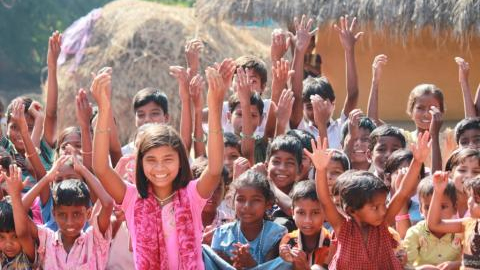 Although the youth form a significant proportion of the total population, the UNPF says that nearly 1.59 billion of the young persons live in the developing world and face high risks of poverty, without access to  adequate education and healthcare.

In his message for World Population Day, Professor M S Swaminathan, Founder MSSRF said “The world population day reminds us that for a happy and fulfilling life, there has to be a balance between human numbers and the human capacity to produce food and jobs. A country is judged for its state of happiness by the quality of the population with particular reference to gender justice and equity, prevalence of malnutrition and the ability to provide opportunities for youth to have a productive and satisfying life.”

With one in nine persons going hungry, food and nutrition security is one of the biggest challenges that the world is facing. On this Prof Swaminathan says, “I had earlier suggested that all our Panchayats should prepare socio-demographic charters which give information on sex ratios at birth. I hope this year’s World Population Day will stimulate widespread interest in accelerating our efforts for a better quality of life for all based on absence of hunger and the availability of opportunities for a productive employment.”

In order to reap the demographic dividend, it will become important to invest in these young lives with education, skills and good health care  so that they would be productive members of the future.