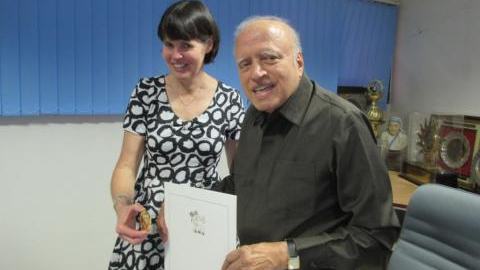 At a meeting today, with Prof Swaminathan and senior members of MSSRF, Ms Daubeny presented the medallion and citation that placed on record the “profound impact” of research being conducted at the Foundation. She said she was glad of the partnership between and various agencies of the Government of Canada and the impact it had on rural development.

M S Swaminathan Research Foundation has been engaged in research and developmental activities as part of a long association with Canada in the areas of mangrove restoration, coastal zone management and ICT for development. Dr V Selvam, Executive Director, MSSRF presented the key achievements of the Canadian partnership since 1991.

In his response to the award, Prof M S Swaminathan said he valued this special recognition. He emphasized the importance of partnerships in achieving progress for development saying “Only collaboration can solve many problems.”