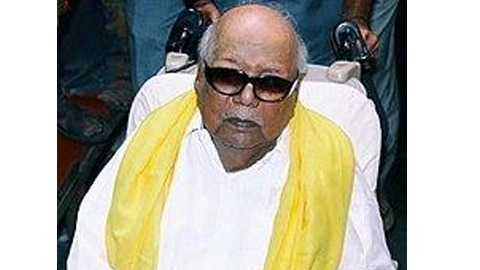 Chennai, August 8, 2018: Among the numerous contributions of Dr M Karunanidhi to the development of Tamil Nadu, mention must be made of his monumental accomplishment in establishing outstanding universities like Anna University. The State Biotechnology Council and gender sensitive institutions like the Women’s Biotechnology Park are examples of his interest in taking science to the people.

He was also very keen that Tamil Nadu should progress from food security to nutrition security. Long before the Government of India introduced the Food Security Act, Dr Karunanidhi launched in the 1990s a ‘hunger-free area programme’ to eradicate poverty induced hunger, in order to fulfil the dream of Mahakavi Subramania Bharathiyar.

He also married science with Tamil literature. At the World Tamil conference in 2010, Dr Karunanidhi announced the setting up of Genetic Heritage Gardens based on Sangam literature in the five zones representing kurinji, mullai, neithal, palai and marutham. The aim was to create awareness about the invaluable contributions of Tamil scholars towards achieving food and health security, whereby the unique plants and animal breeds of these five regions could be conserved for future generations.

To illustrate his respect for scientists, let me cite a personal example. In 1989, when I approached him for land in the Taramani area for establishing a scientific institution, he told me that rather than my asking him for land, it is he who should be inviting me to establish the institution. He thus provided the necessary land from where the present M.S. Swaminathan Research Foundation functions.

A great Tamil scholar and an ardent advocate of science for sustainable development, Dr Karunanidhi stands tall among political leaders who have promoted science for public good.