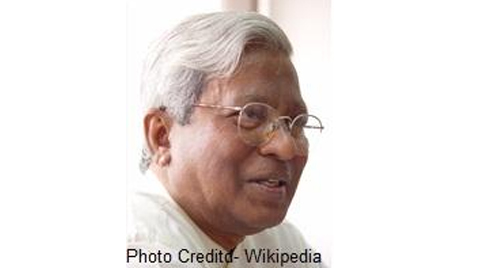 Chennai, July 02, 2015: The foremost award for agriculture and food security – The World Food Prize for 2015 has been awarded to Sir Fazle Hasan Abed of Bangladesh. This was announced at a ceremony at the US State Department, in Washington yesterday. Sir Abed has been recognized for his decades of service to human development and through building the institution BRAC that operates in 10 countries around the world.

Prof M S Swaminathan Founder MSSRF, who is the Chairperson of the Selection Committee for the World Food Prize, said the award would be a boost not only to Bangladesh but to the entire region. “Your monumental contributions to poverty and hunger eradication as well as to the empowerment of women are sources of very great inspiration to everyone in South Asia as well as the whole world,” he wrote in a letter to Sir Abed.

Following the formal announcement of the winner in Washington, staff of MSSRF held a meeting in Chennai, to place on record their appreciation for the award winner. Dr Ajay Parida, Executive Director MSSRF, spoke about Abed being single-handedly responsible for pulling together an institution that employed over 150,000 employees and covered a vast gamut of activities.

The World Food Prize is the most prominent global award for individuals whose breakthrough achievements alleviate hunger and promote global food security and who have helped advance human development by improving quality, quantity or availability of food in the world. Each year, more than 4,000 institutions and organizations around the world are invited to nominate candidates for the prize.

BRAC, set up by Sir Abed is the largest non-governmental organization in the world. MSSRF also has the opportunity to partner BRAC in the LANSA research partnership across South Asia, where MSSRF is the lead of the consortium. Ms Bhavani R V, Project Manager LANSA-MSSRF while expressing happiness, hoped that the new recognition to BRAC would help in enhancing the potential for policy advocacy that is so important to development.

The World Food Prize Laureate will be awarded the prize in October during the Borlaug Dialogue International Symposium in Des Moines, Iowa. The prize includes a cash award of $250,000.