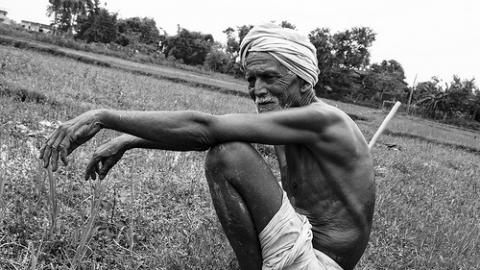 Chennai, April 03, 2015: The recent unseasonal rainfall and hailstorms have caused extensive damage to agriculture crops and great distress to farmers. In this background, Prof M S Swaminathan, Agriculture Scientist has written to Chief Ministers of Punjab, Haryana, Uttar Pradesh and Rajasthan giving suggestions for immediate relief and for a contingency plan. He has also enclosed suggestions for a contingency plan in a letter to the Union Agriculture Minister, Shri Radha Mohan Singh. The contingency plan includes immediate drying of wet grains and sowing of short duration crops to offset some part of the losses.

Prof Swaminathan has given the following suggestions for managing the consequences of unusual winter rains during March / April over North India.

1.      2014-15 has been characterised by unfavourable weather to crops in several parts of North India. December 2014 was warm and experienced above normal temperatures. As a consequence, the growth of the wheat crop was accelerated and in many early sown wheat fields panicles emerged ahead of time. Starting from the first week of March and until now, three spells of severe hailstorms / rain damaged the standing wheat, mustard, keno, mango and several fruits and vegetables. The crop loss is severe and farmers are in distress. Debts are mounting and relief measures are inadequate.

2.      Contingency plans to save farmers and farming.

While the above measures can give some relief immediately, there is need for a detailed strategy to manage such unfavourable weather events in the future.  Seed reserves of alternative short duration crops are as important for crop security, as food grain reserves are important for food security.  Hence, Seed Banks to manage climate change are important.